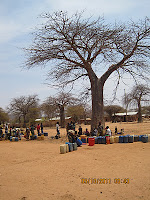 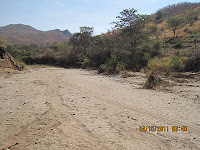 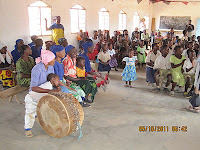 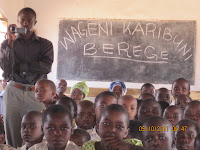 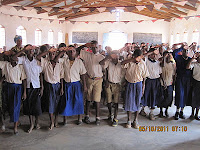 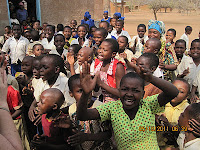 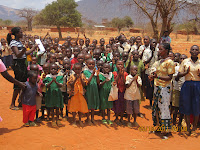 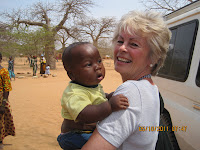 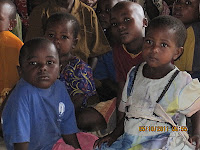 Back in the UK 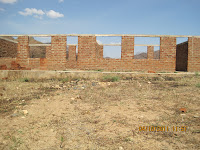 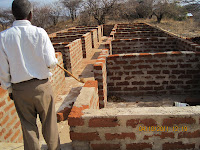 Building of Queen Esther's girl's boarding school
It has taken me 3 1/2  weeks to post come more on the blog. On the day I returned I slipped a disc and spent most of the following week in bed. Second week treatment with the physio and it has only been since last week that I have been able to get back to some normality. So here we go. A few more photographs of an amazing time in Mpwapwa Diocese. Friendships were renewed, strengthened  and new ones formed. Existing projects reviewed and new ones under consideration. My strongest memory is the generosity and warmth shown to us  by the people.  The most important aspect of the visit for them was our company, friendship and that we were constant, not just there for the one off visit. Gifts were gratefully received but were not the prime importance to them. The future is what is important and we are pleased to be a small part of their future. The future lies with the children, they are the future. There future lies in education so that they will have the opportunity to gain the skills that will enable them to move forward in their communities and their country.
Cook at girl's school                Son of cook                                          cooking beans for lunch 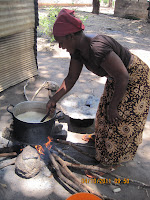 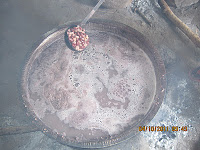 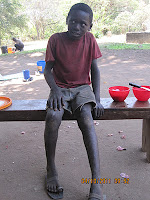 Posted by Rev. CanonYolande Marcussen at 14:14 No comments: